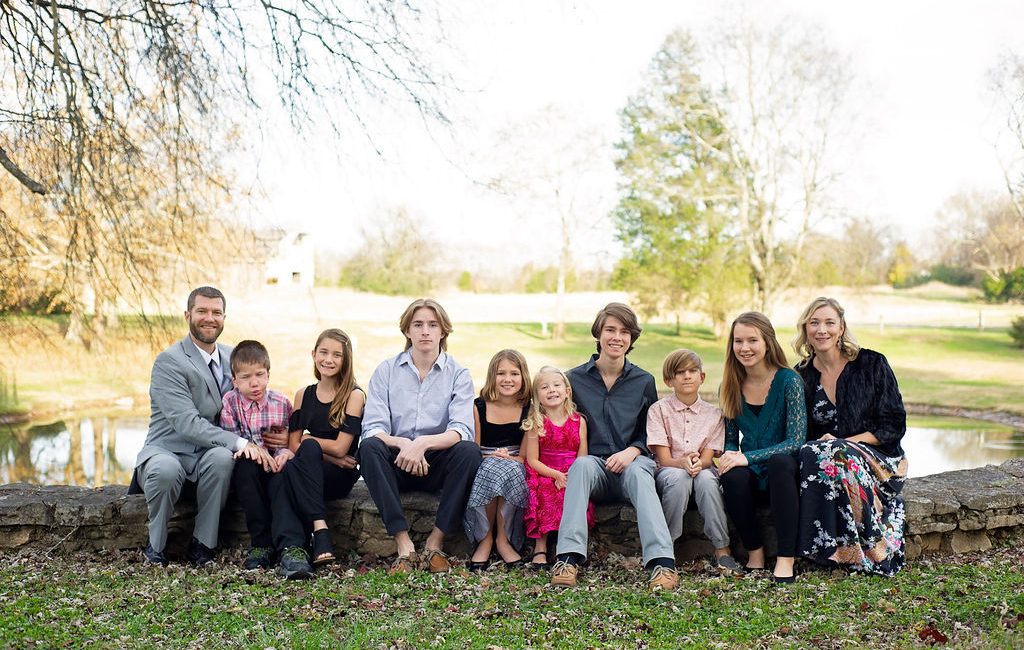 There are so many amazing people in our community, going through hard stuff, navigating life, and making a difference along the way. We want to introduce them to you so you can be encouraged, inspired and above all, know that you aren’t alone.

Meet Jessica Ronne of The Lucas Project and Jess + The Mess, today’s featured Wednesday Warrior. Read along to hear more of her families powerful story and how God has been “reframing” it along the way.

What life challenges have you/are you overcoming?

Currently I’m trying to write a book which has an October deadline while at home with 8 bored, restless children! On a larger scale, my first husband Jason passed away in 2010 after a three year battle with brain cancer. I remarried in 2011 to a widower who had three children and we combined our families to make a large family of 9 which included my son Lucas who has profound special needs. As Lucas ages (he’s currently 15) it has become increasingly difficult to care for his needs. A lot of this is due to puberty which has added a level of aggression and the pandemic which led to his school abruptly ending which hasn’t led to much peace at home. He’s a work in progress (as are we all!) as we try to find ways and resources to manage his needs while not becoming too stressed and overwhelmed in the process.

What is something that most people don’t know about you?

That I can be funny. I’m an Enneagram 1 which is an intense, serious, perfectionist personality, but when I let my hair down and actually relax, I can be a pretty entertaining person (I think, haha).

How has God helped you “Reframe” your perspective along the way?

Oh boy… I’ve learned that there’s so much more to faith than “speak it and believe it” or even reading scripture and praying. Faith in my life has involved obedience to a calling which includes a very intense and difficult circumstances at times but through obedience to what he has called me to do, I’m honoring my Savior.

What is your super-power?

Probably being able to write/work in the midst of chaos and speak the truth in grace “graceful grit.”

What good has come out of your trial?

I feel empowered as a caregiver as I empower other caregivers through the work of our non profit The Lucas Project.

How has your faith changed along the way?

My faith used to be about having the answers but I’ve learned that God is God and I am not and that has to be enough. His ways are not my ways and there is always a larger plan at play that may involve sacrifice on my part.

How has God used your story?

In many ways! We’ve been featured in the Today Show, Daily Mail, Huffington Post, my memoir. I think my story brings hope as I encourage people to have faith and “just keep livin.” There’s often a second chapter to every story – you just have to hold on until the Almighty flips your page.

What is a highlight of your story?

Two book deals, a marriage to Ryan, adopting his three children, having an 8th child together, watching change occur in the world of special needs through the advocacy work of The Lucas Project.

Find out more about Jess + The Mess and The Lucas Project.